as the Archbishop of St. John's 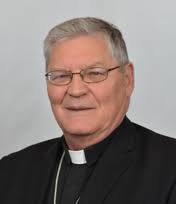 Earlier today in Rome, Pope Francis announced that he had accepted my resignation from the governance of the Archdiocese of St. John’s, NL according to Canon 401, section 1, as yesterday I celebrated my 75th Birthday. It was also announced in Rome, that Pope Francis has appointed Bishop Peter Hundt, presently bishop of Corner Brook-Labrador, as the new Archbishop of St. John’s.  I have been appointed Apostolic Administrator of the Archdiocese of St. John’s until Bishop Hundt is installed.

Details regarding the date of installation will follow when they become available. It has been my privilege to have served as your Archbishop for the past 11 years.  I have greatly enjoyed my time as your Archbishop, but I must confess, at times, I found the burden very heavy to bear.  I am deeply grateful to the priests, religious, staff and volunteers for all that they have done for me personally and for the good of our Archdiocese.

Before Bishop Hundt is installed, I would like to extend an invitation to all, to join me for a Mass of Thanksgiving at the Basilica on January 7, @ 7:00 pm,at which time I will have the opportunity to thank you and say farewell.

Sincerely yours in Christ, 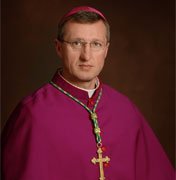 On March 1, 2011, Pope Benedict XVI appointed Most Reverend Peter Joseph Hundt, who, at that time, was serving as Auxiliary Bishop in the Archdiocese of Toronto, as Bishop of the Diocese of Corner Brook and Labrador. Bishop Hundt was born on a dairy farm in Hanover, Ontario, on August 26, 1956.  He attended St. Peter's Seminary in London and was ordained to the priesthood for the Diocese of Hamilton on May 8, 1982.  After serving as an associate pastor at St. Eugene Parish in Hamilton from 1982 to 1985, Bishop Hundt completed graduate studies at the Pontifical University of St. Thomas Aquinas in Rome, and in 1987 was awarded a license in canon law.

On returning to Canada, he served as Vice-Chancellor of the Hamilton Diocese from 1987 until 1990 and as Chancellor from 1990 to 1994. From 1994 -2006, Bishop Hundt served as the pastor of Holy Cross Parish in Georgetown, Ont.  He was appointed Auxiliary Bishop of Toronto by Pope Benedict XVI on February 11, 2006 and his Episcopal ordination was celebrated on April 25, 2006 at the Cathedral of Christ the King, Hamilton, Ontario.

Bishop Hundt was installed as Bishop of the Diocese of Corner Brook and Labrador on April 13, 2011 at the Cathedral of the Most Holy Redeemer, Corner Brook.  Archbishop Martin W. Currie, Archbishop of St. John’s, presided at the liturgy of installation.  The Papal Nuncio to Canada, Archbishop Pedro Lopez Quintana, was present at the installation, and extended greetings on behalf of His Holiness, Pope Benedict XVI.

Week of Prayer for Christian Unity

Statement by Bishop Raymond Poisson, Bishop of St-Jérôme-Mont-Laurier and President of the Canadian Conference of Catholic Bishops on the Passing of Pope Emeritus Benedict XVI